ROMDAS travels the global roads and Haiti is one of the places that has derived the most benefit of their ROMDAS system.

Major sections of Haiti’s road network are critical and require urgent maintenance. Their national body for building and public works, Laboratoire National Du Batiment ET DES Travaux Publics (LNBTP), conducts road surveys to help prioritise its activities and gain the most value from its maintenance budget. With limited availability of resources for road maintenance, the Ministry of Public Works intervenes on a case to case basis considering their priorities of the moment.

LNBTP was often requested to conduct urgent and ad-hoc surveys on specific roads. They performed the inspections using traditional methods which usually involved subjective visual inspection or static tests. This approach meant data collection was slow, expensive and potentially subjective between inspectors. Furthermore, it only allowed for small portions of the network to be surveyed. Without regular and reliable data across their network, it made prioritisation, budget allocation and decision making extremely difficult.

To tackle this situation, in 2013, the LNBTP created the Observatory tasked with manually collecting all types of road network data (pavement condition, dependencies, traffic, etc.) every year over a 3500 km network. It would then process the data to determine the sections requiring repairs and the type of activity to be undertaken. Though it was focused, the LNBTP was not able to effectively use the Observatory resources in a timely and efficient manner.

LNBTP’s aim was to be able to gather pavement condition data quickly and take swift action. Furthermore, LNBTP wanted to have sufficient range of data to help properly assess areas that might require more complex solutions. Realising that they needed a system that can collect the data quickly and process it faster, the Observatory partnered with US International Trading LLC (US Int.) to procure the equipment they needed.

Being a French speaking nation, the Haitian authorities were initially focused on French suppliers for the sake of their technicians. However, it soon became obviously they need to widen their search to find the most suitable system for their budget. This is when they were introduced to the ROMDAS system and its cost-effective modular approach.

The authorities did their research, and given their limited resources, appreciated ROMDAS’ configurable design which meant their system would be cost-effective and fit-for-purpose. They were highly impressed with ROMDAS’ features, especially the possibility of gradually adding modules and upgrading the system. In 2015, the Inter-American Development Bank (IDB) financed the acquisition of the ROMDAS system for LNBTP and by early 2017 they were already using the ROMDAS system in the field to quickly collect large volumes of data. 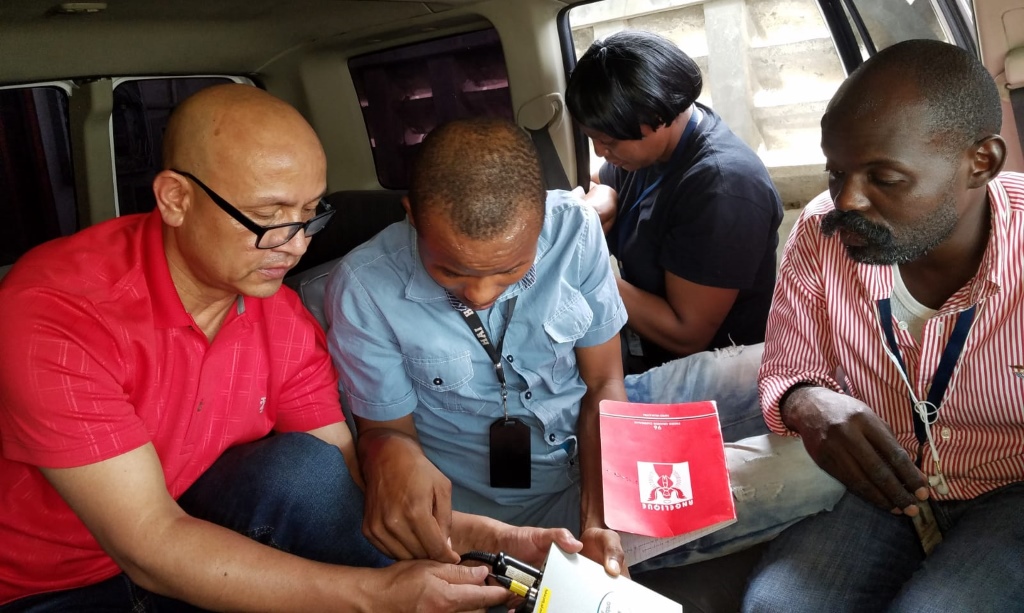 The LNBTP team wanted to collect data for location referencing, roughness (IRI) and video logging. Their survey system came with ROMDAS’ data acquisition software with 2 Laser Profilometers along with an upgrade to collect Macrotexture, a Right of Way Camera, GPS, Key rating Keyboard and the ROMDAS DataView Software. 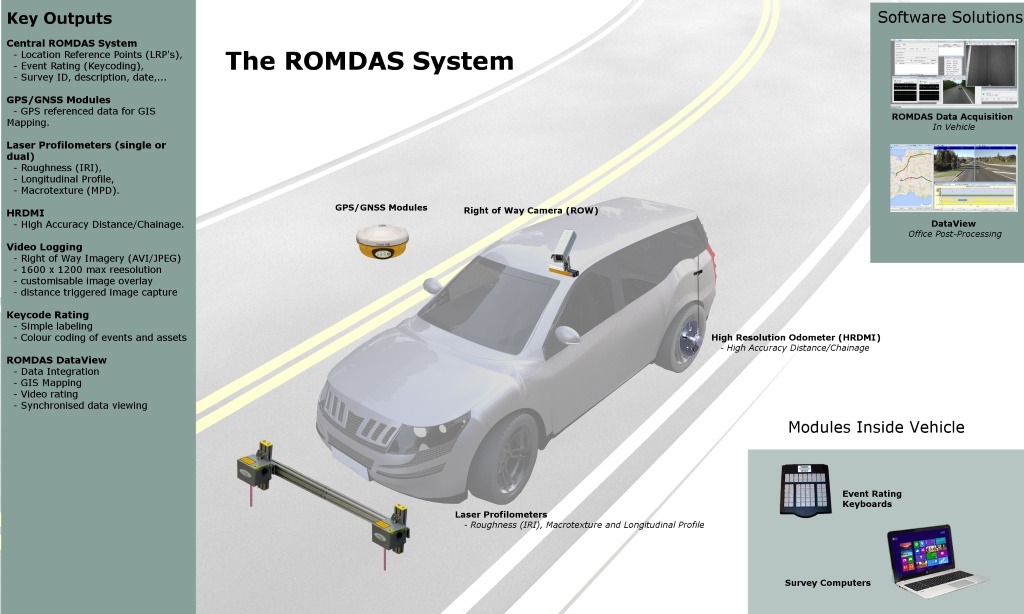 LNBTP staff regularly use the system for the following…

Today LNBTP has implemented an asset management tool for road maintenance to help in responding quicker to the requests from the Haitian Government. A main component of this tool being the data collected using ROMDAS.

"It is difficult to say which feature is the most useful between the measurement of the IRI, travel time or the survey rating. The DataView software is certainly very powerful and allows good visualisation and use of the data collected. And we very much appreciate the availability of the technical support of ROMDAS team." 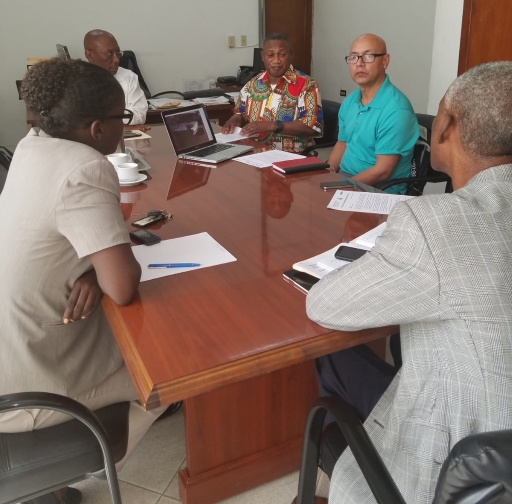 While some data is still collected manually in the field, their use of ROMDAS system and office-based DataView software has reduced the need for time-consuming field inspections, allowing automatic data collection at normal traffic speeds.

Having experienced the system’s capabilities first-hand, they are now considering upgrading their ROMDAS system with more advanced modules to collect a wider variety of high-accuracy data.

Haitian authorities knew they needed a robust and cost-effective system. They understood that partnering with ROMDAS’ meant a high level of flexibility and efficiency. Not to mention, the onsite and remote technical support was an important bonus as they implemented new methodologies and technologies. ROMDAS proved to be the right system to develop the new asset management tool for Haiti’s road maintenance. 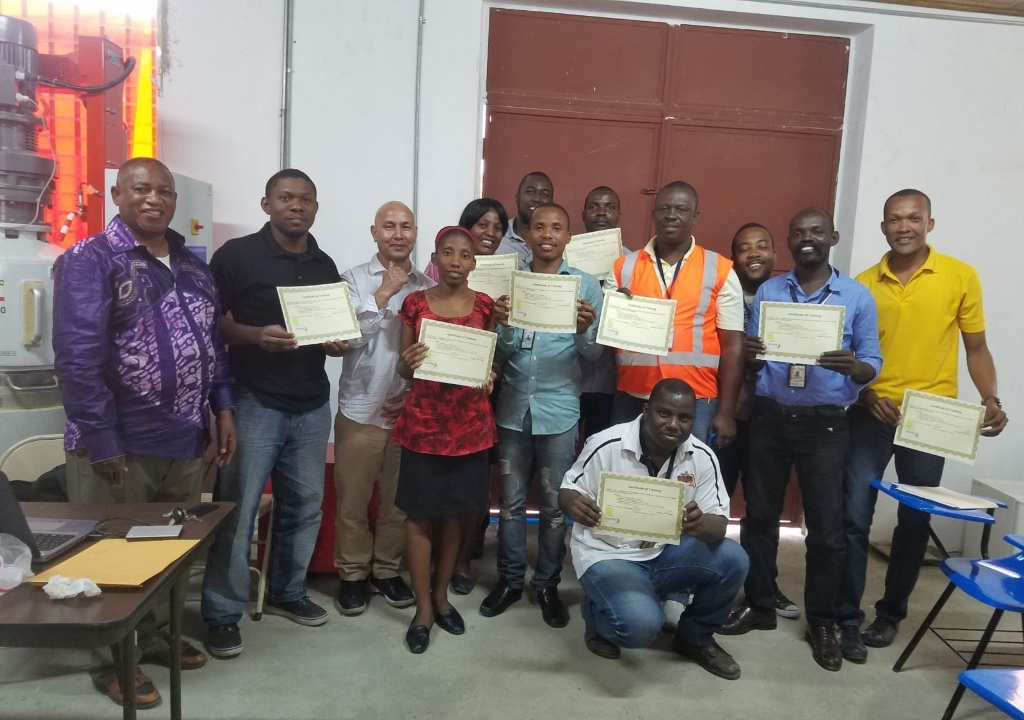 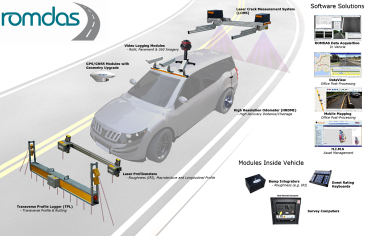 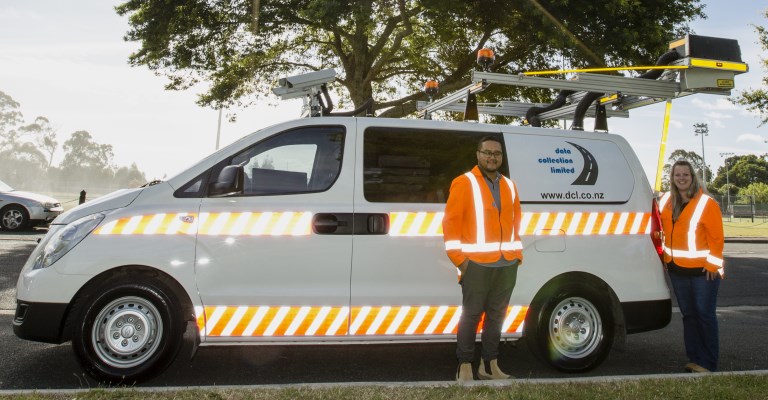 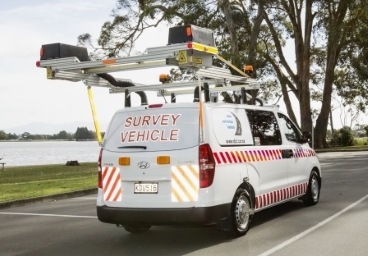 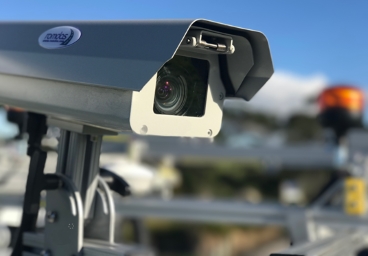 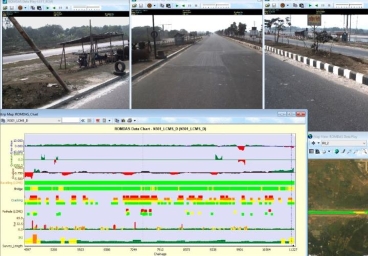